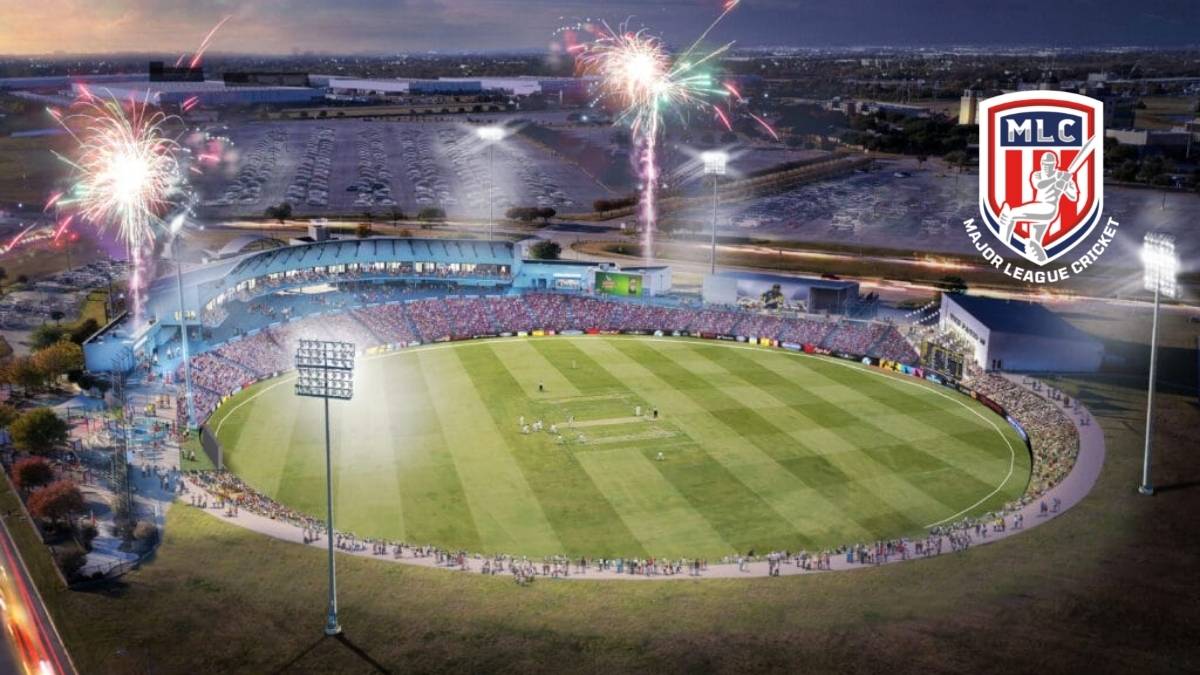 The Major League Cricket (MLC) has secured funding totaling $120 million. The money will be put towards the building of stadiums as well as training centers in the U.S.

The planned stadia will be top class and the launch will introduce cricket to the U.S.

Soma Somasegar, managing director of the Madrona Venture Group, has expressed his excitement at being part of bringing the T20 cricket league to the USA. He believes that his investments go a long way in leading the United States on becoming one of the leaders in cricket in the world.

Anurag Jain, managing partner of Perot Jain and an investor, believes that “The ceiling for cricket’s growth in the USA is very high”.

This will open up many possibilities for businesses as there are American investors like Manchester United owners, the Glazer family, trying to get involved in the Indian Premier League (IPL) by acquiring a franchise. Their bid wasn’t successful, but they’d probably try again if the league looked to expand beyond 10 teams.

With more Indians living in America and more Americans with Indian heritage, it’s going to be interesting to see how popular it is.

What is T20 cricket?

The training centers exhilarate cricket development in the U.S. The MLC consulted with Hogan Lovells. Hogan Lovells is a global law firm specializing in the sports, entertainment, and media industries.

The MLC plans to host annual T20 games in the U.S. These games will feature the world’s best and most well-paid cricketers. They will play on natural turf wickets as well as provide world-class amenities for fans. International games will take place at these venues.

Furthermore, the plan is that a new breed of American cricketers will emerge at these training centers.

Other series A round investors include Shantanu Narayan, Chairman, and CEO of Adobe, and Stuart Giles, Co-founder of ICON Group. Samir Bodas, the Co-founder, and CEO of Icertis as well as Dhigha Sekaran, director at Meta are also part of the group of investors.

Sanjay Govil, founder and chairman of Infinite Computer Solutions and CEO of Zyter says he is happy to be part of a group of investors that share a love for cricket. Premier level facilities that are focused on the game of cricket will be built across the country. The U.S. is the leading and largest sports market in the world, but the love for cricket is low compared to baseball.

The investor’s group comprises some of America’s most respected and successful business leaders. The first round of fundraising closed at $44 million. In the next 12 months, a further $76 million will exist.

Top 10 Richest Cricketers in the World

Top 10 Richest Cricketers in the World

Cricket is one of the most popular sports in the world even if it isn’t played as much in the United States as it is in the UK, Australia, India, Pakistan, Bangladesh, and other countries.

This means that the richest cricketers aren’t the richest athletes as other sports players like soccer and basketball are on higher salaries and get more endorsement deals. The gap could slowly change though as the Major League Cricket (MLC) has just received $120 million in funding.

So, who can future MLC stars look up to when it comes to the top richest cricketers of all time? That’s what we’re going to look at in this article.

Sachin Ramesh Tendulkar is widely regarded as the best batsman in the history of cricket. Over the course of his career, he racked up more than 34,000 runs and scored a century in over 100 matches.

He is still a hero in India even after his retirement and he has amassed a net worth of $170 million. Much of this didn’t come from playing cricket, but from sponsorship deals with companies such as Adidas, Pepsi, and BMW. More of his wealth comes from the fact he owns property that he’s invested in.

MS Dhoni is the second Indian cricketer on the list and his net worth is rumored to be $111 million. Like Tendulkar, he was also the captain of the Indian national team and one of the greatest Indian wicketkeepers, if not the best ever.

During his career, MS Dhoni had partnerships with many global brands in a range of different industries. These included Colgate, Lays, GoDaddy, and even the fantasy cricket app, Dream11 which was the first Indian company to become a unicorn (valued at over $1 billion).

Virat Kohli is the only cricketer on this rich list that is still playing. He’s no longer the Indian national team captain, but he does have a net worth of more than $92 million.

He is currently one of the best batsmen in the world and is enjoying his time playing for Delhi in domestic cricket and for the Royal Challengers Bangalore in the IPL.

One way that he’s amassed his wealth is due to having over 198 million followers on Instagram. Many companies have approached him to share their adverts. That’s not the only way though, he is also the co-owner of Indian Super League soccer side FC Goa.

Australia’s most successful cricket captain and the country’s highest-paid cricketer, Ricky Ponting, is next on the list with a net worth of $65 million. Cricketer Ricky Ponting had a remarkable cricketing career that has seen him lead Australia to three successive World Cups, two as captain, and he scored over 27,000 runs in 560 international games.

Even though he’s been retired a long time now he still has partnerships with brands and is regularly commentating on cricket matches on Sky Sports in Australia and the UK. Some of the brands that he’s worked with include Rexona, Adidas, and the popular cricket brand Kookaburra.

Next on the list is Brian Lara, the former Trinidadian international cricketer who played for the West Indies. He is largely regarded as one of cricket’s best-ever batsmen as he holds the record for the most runs in a match scored at 501 not out.

Brian Lara’s net worth is $60 million and it could be higher if he was involved in more endorsement deals. One of his most recent was with betting sire W88 in 2021, that was the former Crystal Palace front of shirt sponsor.

Sadly, Shane Warne passed away this year due to a sudden heart attack. He was one of the most well-known cricketers of all time and his devastating leg spin could cause batsmen huge problems.

Even after he retired, he remained wealthy due to his fame and was often signing sponsorship deals with brands in his home country of Australia as well as globally. Brands included Nike, Advanced Hair Studio, Victoria Bitter, and even in more recent years the Asian betting site Dafabet.

At the time of his death in March 2022, it was said that his net worth was over $50 million. He was a larger-than-life character and he’ll go down as one of the greatest cricketers of all time.

Most of his money came from his job as a professional cricket player and it remains this way as a coach. He coaches his national team and also consults for the IPL team, Kolkata Knight Riders. Advanced Hair Studio approached him in 2017 to become a brand ambassador as they had done with Shane Warne so this would’ve added to his total net worth.

Another former Indian cricketer now with Virender Sehwag and he comes in at number 8 with a net worth of $40 million. The former India captain was one of the most fierce batsmen and he spent 8 years in the IPL playing for two teams, the Delhi Daredevils and Kings XI Punjab.

As well as teaming up with brands such as Adidas and Samsung, he earns through still commentating on the sport and even having his own business. This sportswear brand is marketed by himself as the person behind it.

Just remembering the night brings a wide smile.
11 years ago around the same time, Wankhede erupted in joy as we created history. It was a moment of a lifetime for us. How did you celebrate the iconic night ? pic.twitter.com/djIreSvCBe

Yuvraj Singh, known as “Yuvi” by his supporters, is the ninth richest cricketer of all time. Yuvraj Singh was vice-captain of the Indian one-day international team and a well-known all-rounder. Like his fellow countrymen, he had sponsorships with top global brands including Pepsi, Reebok, LG, and Mercedes Benz.

It is estimated that his total net worth is somewhere north of $35 million. One of the things that rocketed him to worldwide cricket popularity was when he blasted six sixes in as many balls from England’s Stuart Broad in the T20 Cricket World Cup.

The final place goes to another Australian cricketer and this is Shane Watson, the all-rounder who retired from international cricket in 2016. It’s said that his net worth is $30 million and a lot of this comes from sponsorships with brands like TAG Heuer, AMEX, Asics, and so on.

One interesting thing about Watson is that he was the most expensive IPL player in the 2016 auction going for 9.5 crore rupees which was the equivalent to $1.98 million back then.