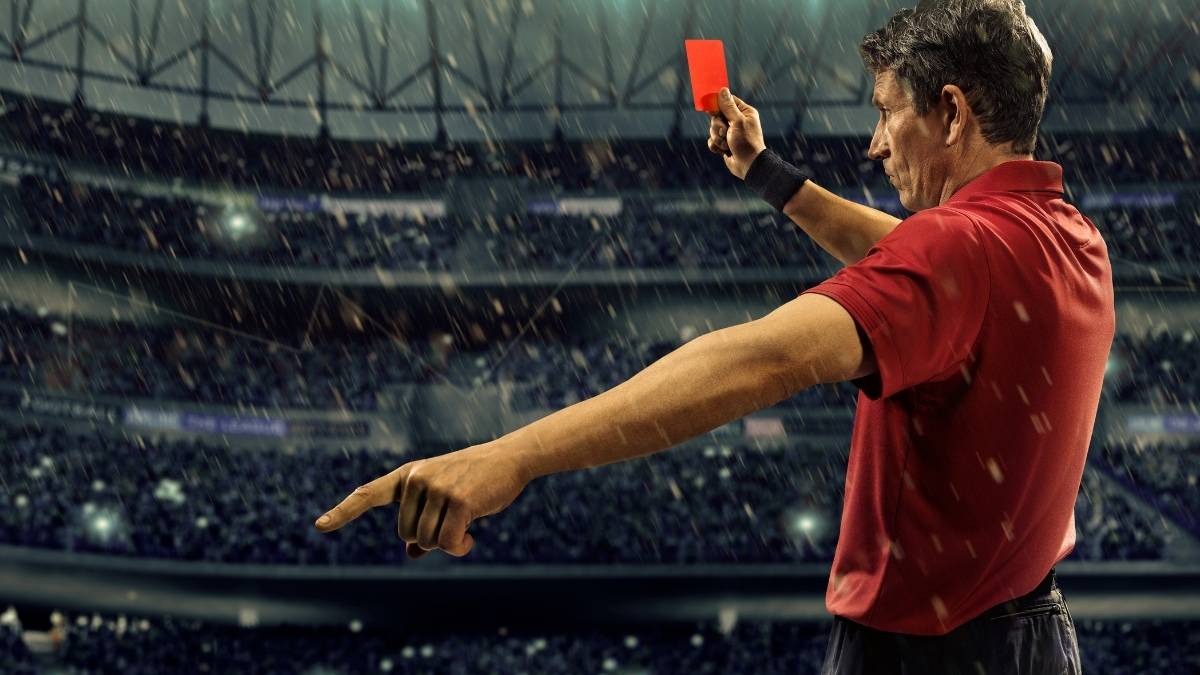 The Premier League is the richest soccer league globally, with total revenue of around £5.14 billion. Everyone knows how much the players earn, but what about the referees? How much do they earn? And how much do they get paid for their performances?

The Premier League previously announced that they are considering introducing performance-related pay into their refereeing system. The idea behind this is that referees’ rewards will be based on their good performances and punished for their bad ones. This is rather than receiving a set fee regardless of how well they do.

This new system is under trial in the Championship before moving to Premier League referees from next season onwards. The hope is that it will encourage more high-quality officials to apply for positions within the top flight. Also, help improve on-pitch standards overall.

How Much Do Premier League Referees Make?

The overall fees range on a season-long basis and are payable to referees who officiate in the top flight of English football. Premier League referees are part-time Professional Game Match Officials Limited (PGMOL) employees. They work in the week and receive their match fee on a Friday night after a game.

However, this isn’t the only source of income that referees receive. They also receive additional payments for each match they officiate. Moreover, they earn a share of TV rights money. Additionally, a share of commercial revenue is from merchandise sales and endorsements by companies such as Adidas and Umbro.

The Premier League ranks as one of the most popular leagues globally and remains so since its inception in 1992. In 2019-20, it generated revenues worth £2.3 billion in broadcasting fees. Moreover, it generated up to £1.6 billion in commercial and sponsorship deals. In addition, matchday revenues run as high as £599 million.

What do Premier League Referee Salaries Include?

The average salary for a Premier League referee is £70,000 per year. This figure can increase significantly for referees selected to officiate in European competitions or at the international level.

Premier League referees earn for 14 weeks of work each season. However, they typically work more hours than that due to extra training sessions and match preparation.

In addition to their match fees, Premier League referees receive bonuses for every game they officiate during the season. They also receive compensation for travel costs and accommodation expenses while on duty away from home and contribute to their pension scheme.

Who is the Highest Paid Referee in Premier League?

Apart from being the highest-paid Premier League referee, he is also one of only three British officials placed on FIFA’s list of top ten officials worldwide. Dean is a popular figure in refereeing matches in the Champions League and Europa League competitions.

He began his career as a referee in local leagues and eventually moved to officiate in the Football League. In addition, he earned a promotion to the Premier League list of referees in 2002 and has only just retired after 22 years. However, he will continue officiating in the VAR room. 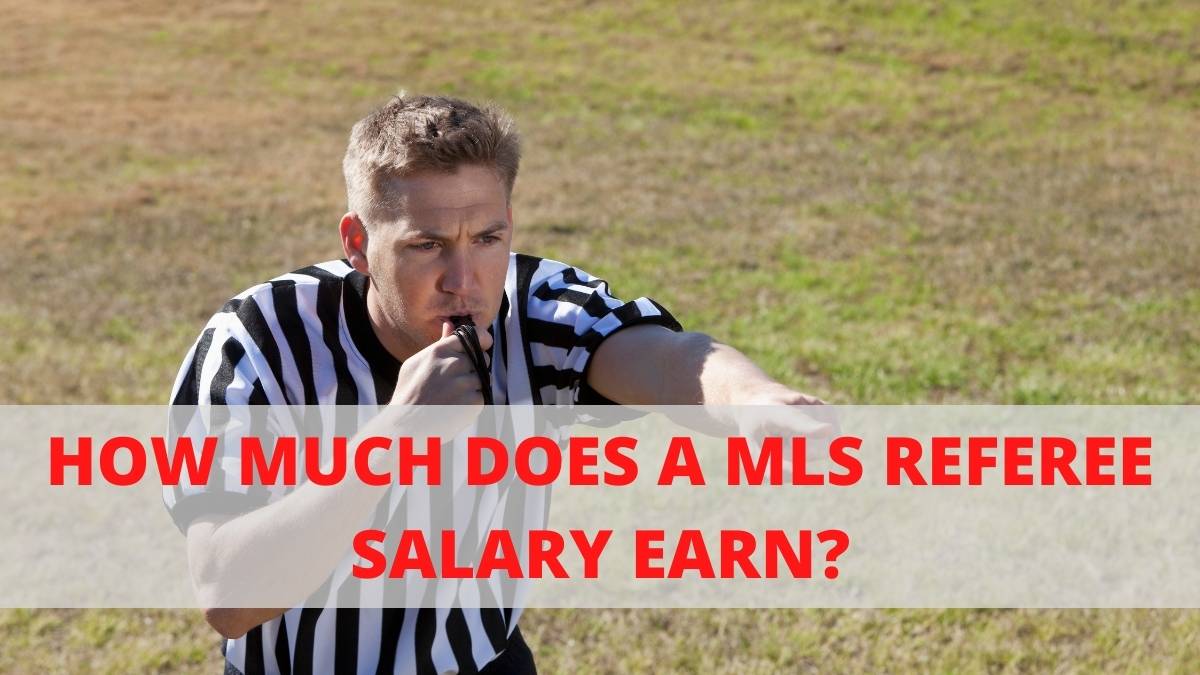 Soccer in the United States isn’t the most popular sport compared to football so what is the MLS referee salary when compared to other sports officials? We’ve already looked at NFL referee salary in another article so make sure to check that out too.

In the United States, Major League Soccer (MLS) referees earn an average salary of $33,000 per year. The MLS is the top soccer league in the country, and referees officiate matches between teams in the league.

This is a basic salary and then on top they also receive bonuses for each game they officiate. MLS referees also receive a per diem allowance for each day they work.

There are a number of factors that influence a referee’s salary, including the level of the league they are officiating, the number of years of experience, and their geographical location.

In the MLS, there exists three categories of referees: professional, women, and amateur.

The professional referees are the highest-paid, at $55,000 annually. They are full-time employees of the MLS.

Women referees are also full-time employees of the MLS, and they officiate some of the league’s games. They are paid less than the professional referees, but more than the amateurs.

The amateurs earn about $150 per match, however, they do not get paid match fees by the MLS. The annual salary works out to be about $5,000 as it’s part-time work and they’re doing it to get more experience under their belt.

As we mentioned already, soccer isn’t the most popular sport in the States compared to in Europe where football (soccer) is. This obviously means that the referees don’t get paid as much in the MLS as the Premier League and other European league referees do. 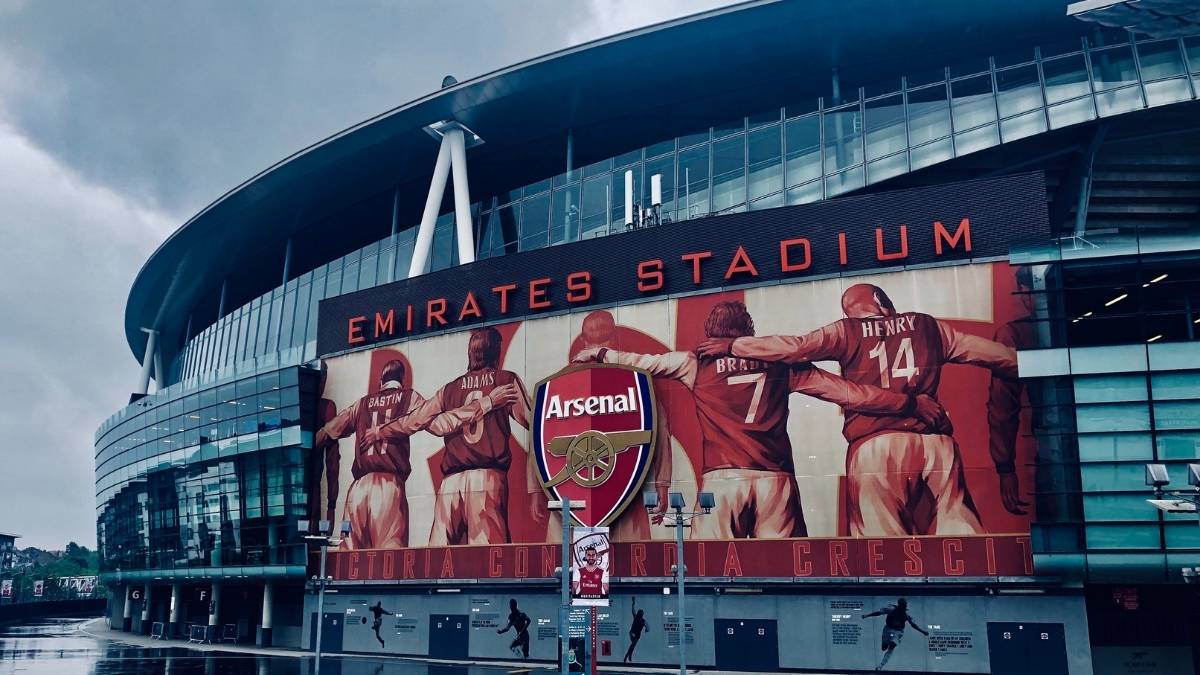 The Premier League is the most popular soccer league in the world. Over 6 billion people tuned in to at least one minute of last season’s action across the globe. This is why the league remains on such a high pedestal compared to others.

With more foreign investment constantly coming into the league this isn’t surprising to see. Over the past 5-10 years, there has been increased investment from United States businessmen. Even now with Chelsea up for sale, the majority with their names in the hat are US sports and entertainment groups.

Today, we look at some Premier League clubs with American owners and how much they invested.

The Glazers have owned Manchester United since 2005. The owners oversaw one of the most successful periods in the club’s history when Sir Alex Ferguson was still in charge.

Moreover, the Glazer family bought Manchester United for £790m in May 2005, the latest stage in a takeover process that had begun more than a year earlier.

In addition, the Glazers’ takeover faced angry fans who were unhappy that an American family took over the club. That anger has continued to this day and with Man Utd going 10 years now without winning the league, it’s no surprise that the fans are asking questions of the owners.

Fenway Sports Group entered the Premier League in 2010 when it bought Liverpool and is one of the more low-key owners in the English top flight.

They have made smart investments in bringing top-quality talent to Anfield. Although key players such as Luis Suarez and Raheem Sterling have been sold over the years. They did help bring Jürgen Klopp to the club as manager.

In 2015, Crystal Palace became the latest addition to the list of American owners. This was when American investors Josh Harris and David Blitzer bought a combined 36% of the club giving them both seats on the club’s board of directors.

The company behind their ventures is Harris Blitzer Sports & Entertainment and they are also the principal owner of the Philadelphia 76ers and New Jersey Devils. The deal at the time was reportedly worth $90 million.

The other Crystal Palace owners include Steve Parish who is still the club’s chairman and John Textor who bought a 40% stake in the club in August 2021.

Textor has also made it clear that he wants a larger stake in the club and this may become possible soon as Harris and Blitzer are one of the front-runners for the Chelsea ownership. The Premier League wouldn’t let them own shares in both London clubs so it’s likely that Textor would buy up their shares.

The Kroenke family, which owns the Los Angeles Rams and Colorado Avalanche, bought an initial 9.9% stake in Arsenal in 2007. Ten years later, it increased its interest to nearly 30%, and as of August 2018, it holds 67%.

Stan Kroenke, 71, is worth $8.3 billion. Through Kroenke Sports & Entertainment, his Denver-based company, the Missouri native also has stakes in the NBA’s Denver Nuggets and MLS’s Colorado Rapids.

ALK Capital was founded by Alan Pace. Pace used to be the Utah Jazz basketball team and Real Salt Lake soccer team CEO. The firm acquired an 80% stake in Burnley FC in December 2020. After the investment, ALK Capital installed a new board at the club and named Alan Pace as the new chairman. The main goal for ALK Capital is to expand Burnley’s global fan base.

The sale price remains undisclosed. However, as part of the deal, ALK converted all of Burnley’s outstanding debt into equity in the club. Also, provided cash for working capital purposes. Thus, ensuring that Burnley could pay its bills for at least the next 18 months.

The recent controversial decision to sack manager Sean Dyche has put the fans against the current owners though. Especially since they didn’t have a manager in place to take over straight away.

This highlights that American businesses are investing in Premier League clubs and are steadily increasing their investments year over year. Many wouldn’t have believed that a US investment firm would buy Burnley years ago, but they did.

We’ll also have to wait and see who wins the Chelsea FC takeover as it looks like they’ll be another Premier League club owned by American investment. 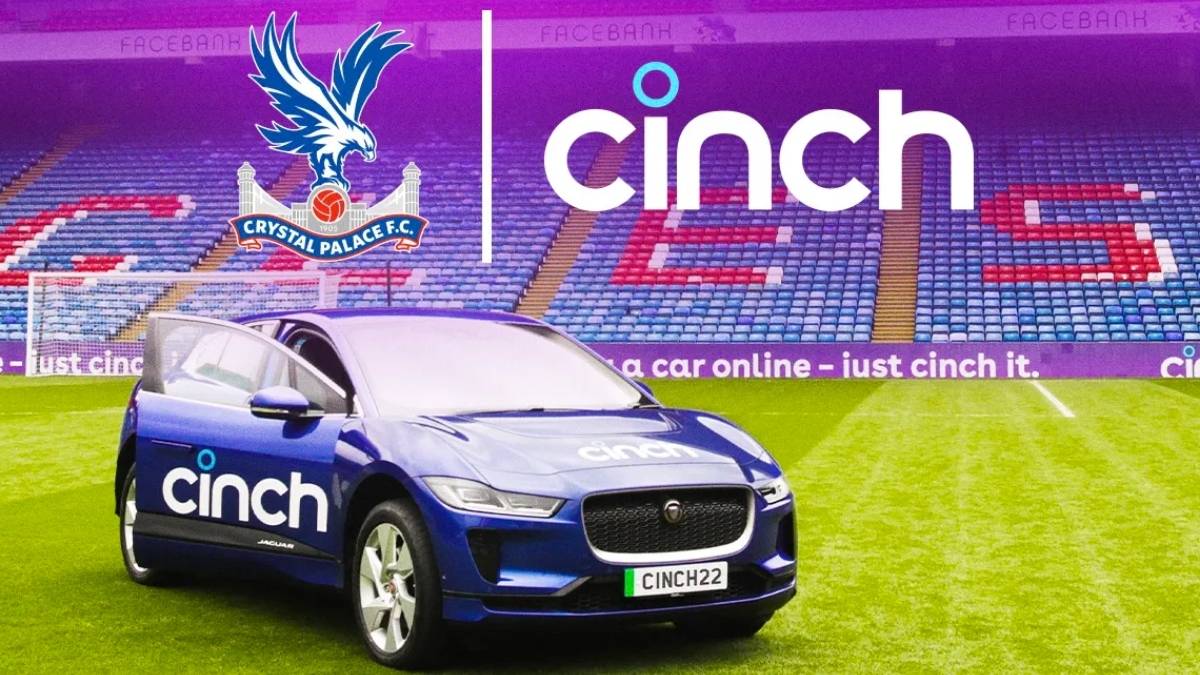 Premier League soccer side, Crystal Palace, has announced its new sponsor for the upcoming 2022/23 season. After many years of partnering with online betting sites, Palace has teamed up with the UK automotive company cinch.

This change in sponsorship might be because of the upcoming Gambling Act review which is said will ban gambling companies from sponsoring football teams. Now, cinch become the front of shirt sponsor for Palace’s men’s and women’s teams as well as the training kits.

The numbers of the deal haven’t been revealed, but it is a multi-year contract so they’ll be the main sponsor for at least a couple of seasons.

Here is what stakeholders from the two companies had to say about the deal.

Barry Webber, Commercial Director at Crystal Palace, said: “cinch is a well-established, family-friendly and instantly recognisable brand across the UK and beyond, and this landmark partnership is yet another statement of progress at the club, both on and off the field.

“This is an incredibly exciting time for our partnership to begin, as we enter our 10th successive season in the Premier League with a squad packed full of international talent, whilst cinch continues its impressive expansion and innovation in the car market. We look forward to helping each other secure our respective ambitions.”

Avril Palmer-Baunack, Chairman of Constellation Automotive Group, cinch owners, said: “We are delighted to be joining Crystal Palace as front of shirt sponsor. cinch is an ambitious brand that has achieved a lot in a short space of time and this new partnership will further support our expansion in the UK car market. We look forward to working with the teams, fans and local community and have high hopes for the club next season on absolutely ‘cinching it’!”