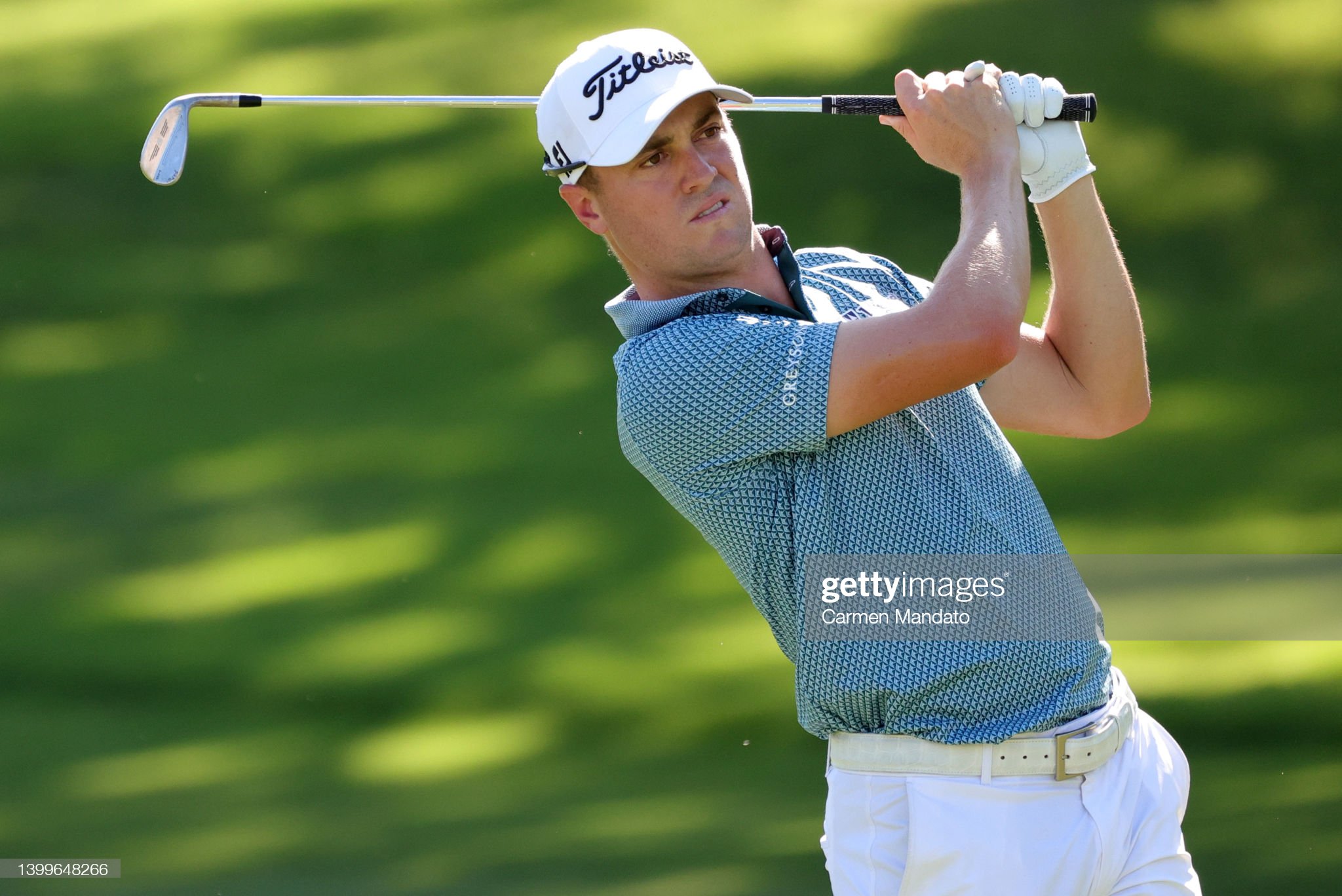 Justin Thomas is a top-ranking American golf player. Thomas has successfully competed to become a world-leading professional golf player. In 2017, he won five PGA Tours, PGA Championship, and FedEx Cup Championship. The success in the golf championships saw Thomas ranked first in the Official World Golf Ranking in 2018. He thus became the 21st player to be on the list.

These career wins as well as brand sponsorship deals have allowed him to grow his net worth nicely. It’s estimated that Justin Thomas’ net worth is now $55 million and that since 2017 his yearly earnings are $7 million plus.

Justin Thomas, also known as JT, was born on 29th April 1993 in Louisville, Kentucky. His parents are Mike and Jani Thomas. The golfer is currently unmarried, but with that wealth who knows for how much longer. You can follow him on his Twitter and Instagram handles at @JustinThomas34.

Justin Thomas built his career from an early age. He played golf even before joining high school. In 2009, Thomas participated in the Wyndham Championship. At 16, Thomas became the third-youngest player to participate in the PGA Tour.

After graduating from St. Xavier High School, Justin Thomas played college golf at the University of Alabama. Though he did not win, Thomas competed favorably during the Crimson Tide. His hard work in training while at college saw Thomas win the Haskins Award’s Best Player. He was later enlisted in the 2013 National Championship team.

Many people, including his competitors and fans, admire Justin Thomas’ professional career. In 2013, Justin Thomas participated in his first professional golf tournament and now nine years on he’s one of the best.

He would later win his first professional golf tournament during the 2015 Children’s Hospital Championship. The Web.com Tour Finals ranked him fifth after qualifying for the 2015 PGA Tour. Thomas won the 2015 PGA Tour and the Malaysian CIMB Classic.

The 28-year-old American golfer is doing well in his career. There is much hope of winning more trophies among his fans.

How much is Justin Thomas’ Net Worth?

Justin Thomas is worth over $55 million and has been earning over $7 million per year since 2017, four years into his professional career. So far, Thomas has earned $49,906,935 from his PGA Tour career so far and this ranks him 16th on the All-Time Career Earning List.

From his earnings, Justin Thomas participates in philanthropic projects. Thomas focuses on improving the lives of disadvantaged kids and struggling military families. Through his foundation, Justin Thomas Foundation, he inspires and supports upcoming golfers.

Before, she worked for the University of Kentucky TV department. Jillian has supported Thomas’ golf career throughout. She was therefore present during the 2017 victorious tournament. 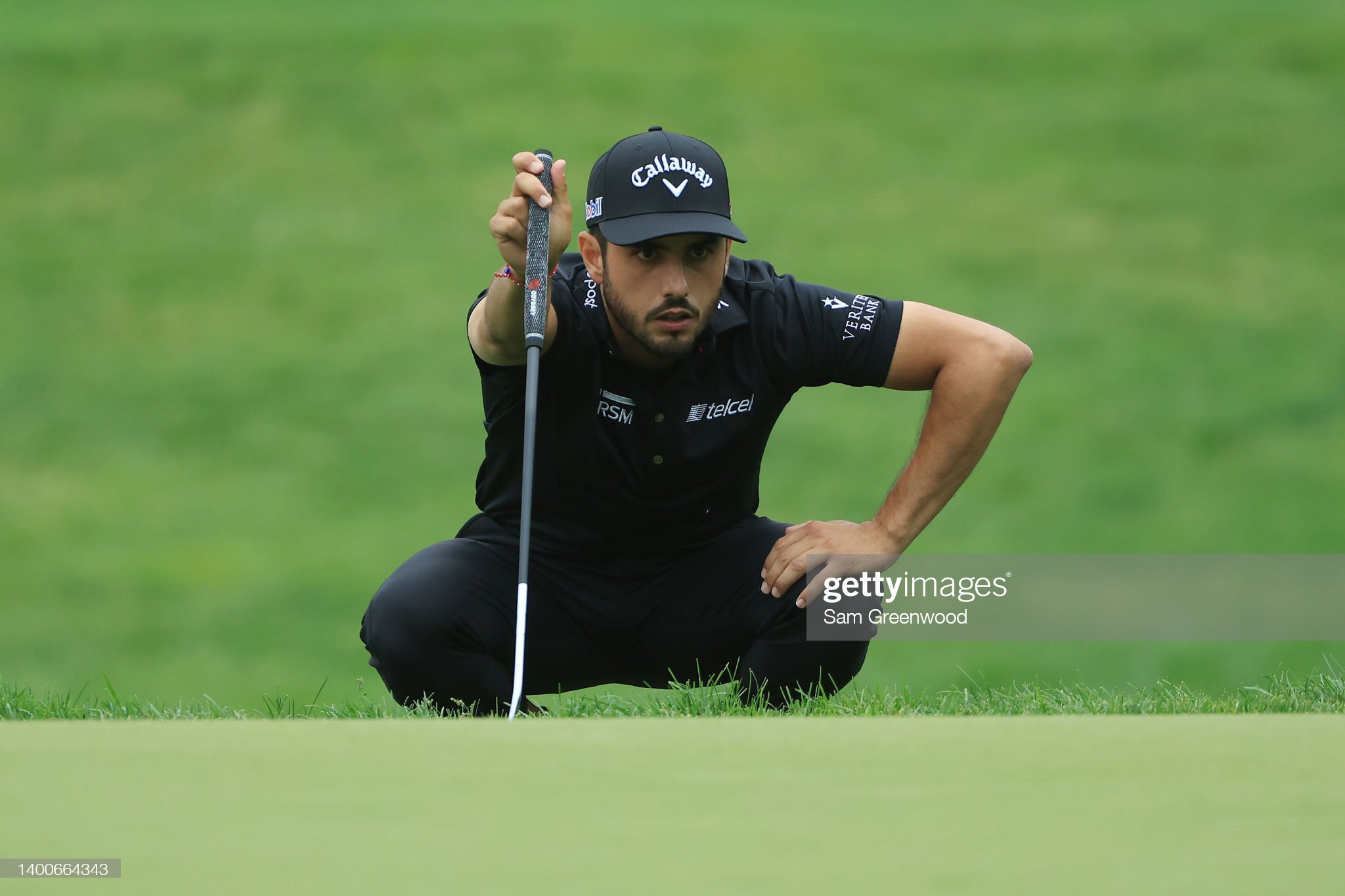 Abraham Ancer is one of the most well-known Mexican golfers in the world at the moment and has amassed a decent net worth in the few years he’s been professional. He’s a regular fixture on the PGA Tour as he’s now in the top 20 golfers and has been in the top 100 for some time.

He famously won the 2018 Emirates Australian Open which put him on the map. He then outplayed his opponents to win the WGC-FedEx St Jude Invitational in 2021. Both these wins as well as other top place finishes have meant that he’s amassed a net worth of over $15 million. Read on further to know more about him and the breakdown of his net worth.

Ancer has dual citizenship as he was born in the States, but has Mexican heritage. The 1991-born golfer completed his high school education in his home state of Texas before going to college.

The Social Life of Abraham Ancer

The golfer was born in McAllen, Texas, U.S., and currently lives in San Antonio, Texas. But the golfer nationally represents Mexico since he has spent a good part of his childhood in Reynosa, Mexico. As we already mentioned, he has the citizenship of both the United States and Mexico.

The five-feet seven-inch sportsman is not married at the moment. However, he has been in a long-term relationship with Nicole Curtright, an employee at Porsche Cars North America. Here’s a photo of the two together from his Instagram profile.

Abraham Ancer earns a good amount of money from the PGA Tour. Although, in the recent PGA Championship he tied for 9th and would’ve liked to have finished higher. So far this season, he has earned $1,477,984 from his placements on the tour.

The player has evidently worked hard to reach this level of success. His net worth is estimated to be just over $15 million. He has already been known to earn the prize money of $890,000 from the previous edition of the championship and has already passed this during this season.

The major sources of income for the golfer are the various tournaments he participates in. Plus, an important brand deal with Callaway also earns Ancer great exposure and money. The deal also ensures that the golfer with remain with the brand for a few years. This deal requires Ancer to use woods, an Odyssey Putter, a cap, and a golf bag produced by the brand.

One other contribution to his total net worth is the tequila brand that he co-founded with entrepreneur Aron Marquez. The brand is called Flecha Azul and has even teamed up with Mark Wahlberg to help promote it.

You can see the logo on his hat below, he switches between this and a Callaway cap.