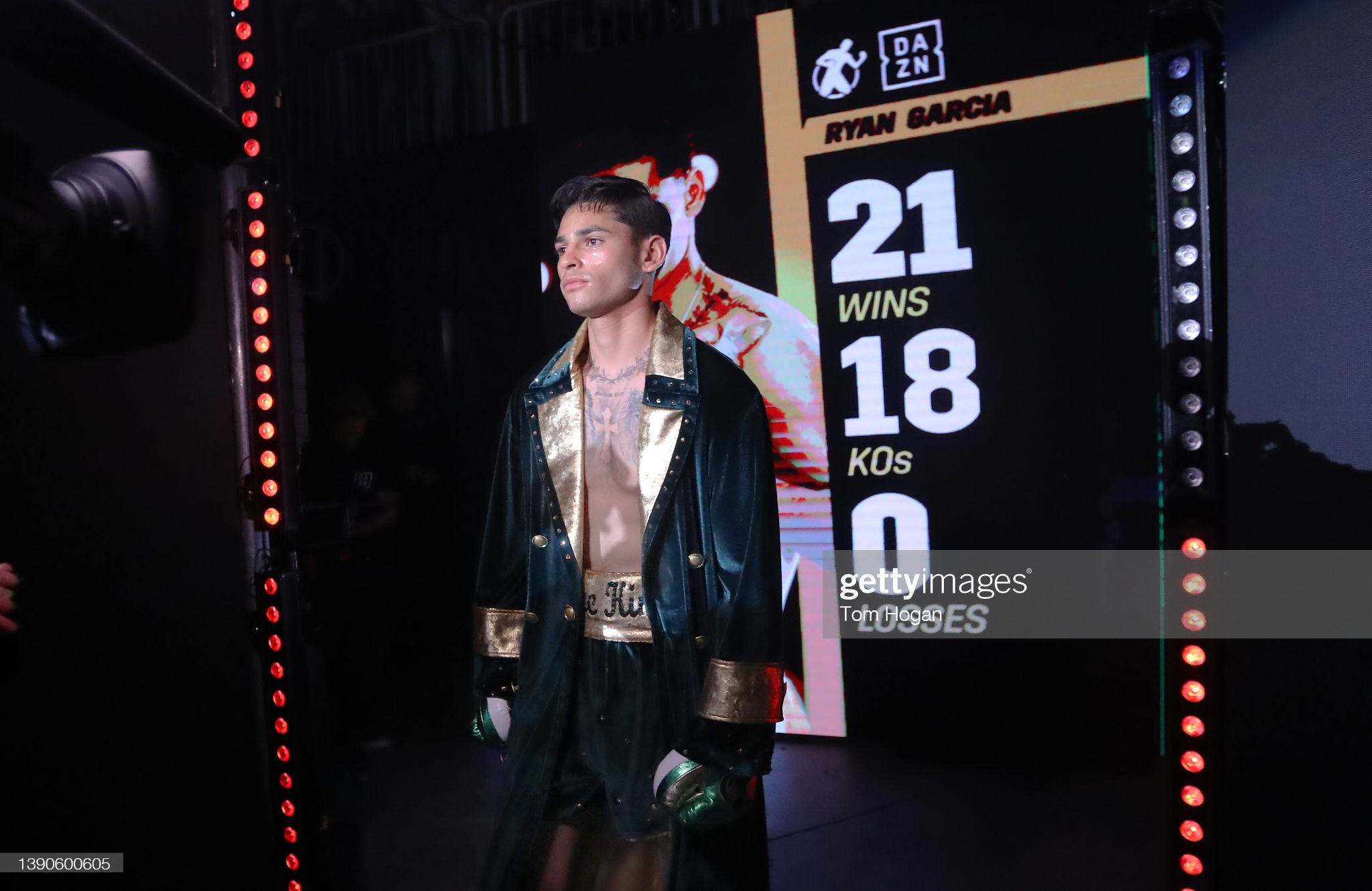 Ryan Garcia is a professional boxer from the United States who once held the title of interim lightweight champion of the WBC. He’s one of the famous boxers at the moment with over 8.8 million followers on Instagram. His talent and this large following have helped him earn a lot of money.

Ryan Garcia’s net worth is currently estimated at over $11 million and that will keep growing as he’s still only 23.

Because of his extensive internet presence, boxer Ryan Garcia has become one of the most well-known athletes in the world. The 23-year-old fighter has not exactly let his fans down with his performance in the ring either as he’s 22-0 and remains unbeaten.

“The Flash” is not only a well-known professional boxer, but he also rose to fame via uploading videos of himself practicing and performing his talents. He is now a well-known figure all over the world.

Ryan Garcia calls himself King Ry or King Ryan like his Instagram handle. His father is Henry Garcia and his mom is Lisa Garcia. He has three sisters and one younger brother named Sean, who is also a professional boxer.

Before he turned professional, Ryan had a very successful career as an amateur athlete. The Flash (another nickname) initially rose to prominence after releasing videos on his YouTube channel that showcased his many abilities and training. Under the careful supervision of his father, Garcia had his first boxing training when he was just 7 years old.

Around mid-2016, at the tender age of 17, Garcia started his boxing professional career with a victory against Edgar Meza. After the match, he had the possibility of signing a contract with Golden Boy Promotions in November 2016. Then, in December 2016, he fought his debut lightweight bout, which he also won.

His contract was renewed for another five years for $700 million in September 2019. Oscar De La Hoya believes Ryan has the ability to become one of boxing’s greatest stars of all time.

Ryan Garcia was in a relationship with Catherine Gámez (now his ex-girlfriend) for almost three years. Additionally, they have a daughter together called Rylie Garcia, born in March 2019.

Ryan Garcia is in a relationship with Drea Celina, with whom he shares a daughter. Seven weeks before his partner was due to give birth, he was caught on tape kissing social media personality Malu Trevejo in October 2020, sparking a scandal. Although it was widely rumored that Celina and Garcia were already engaged at the time, Garcia rejected the rumor and stated that the couple had been in an on-and-off relationship.

It is also worth knowing that the boxing superstar won an astounding fifteen national gold medal championships and a gold medal in the 2016 Youth World Championships.

In 2022, it is anticipated that Ryan Garcia will have a net worth of over $11 million. He is ranked by credible relevant bodies as the best active lightweight worldwide.

Garcia made the US Youth Olympic Team. His money comes through boxing, and he’ll likely make more in the future. The Mexican-American champion is one of boxing’s most popular faces. Ryan Garcia makes $1,469,900 annually.

He also makes money on the side from big sports brands such as Gym Shark and Bud Light. He was the first American boxer to sign with a beverage giant and in October 2020, he was announced as the 12th most marketable athlete worldwide. 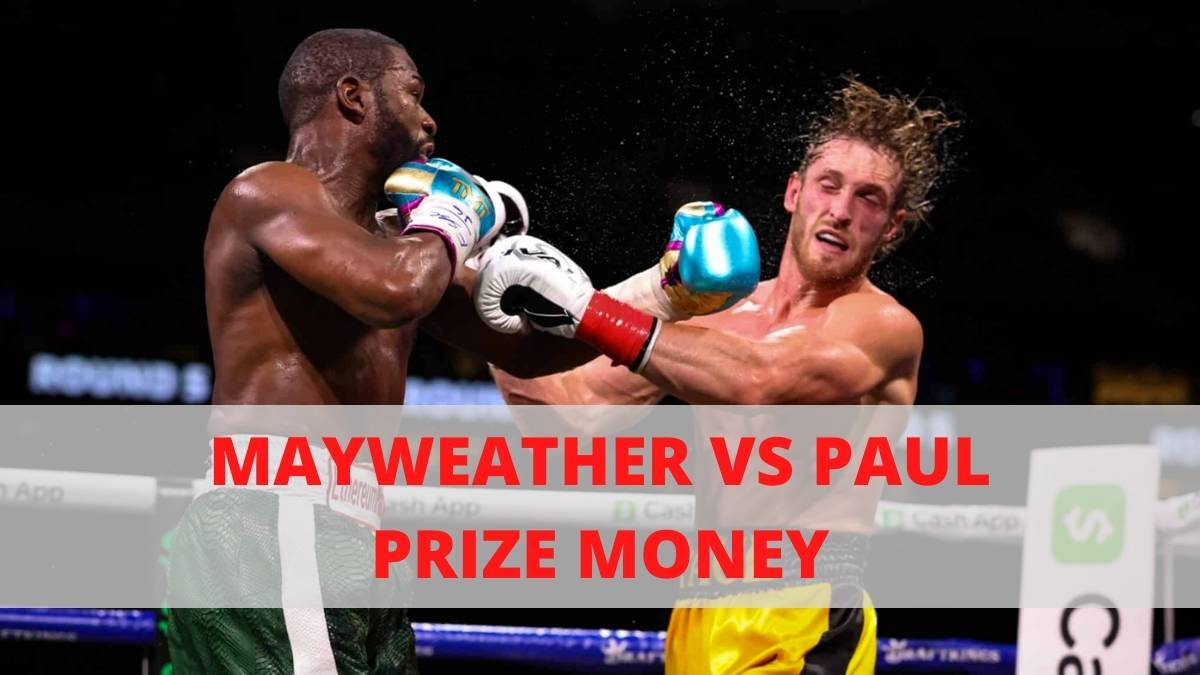 Unless you’ve been living under a rock for the past few years, you would have known that Floyd Mayweather and Logan Paul had a controversial boxing fight in 2021. One of the reasons for this fight was the huge payday that it gave to both fighters, but especially Mayweather.

As Mayweather is the more famous and popular out of the two, he took the higher majority of the fight’s earnings at 60% compared to Logan Paul who received 40%. Mayweather is estimated to have earned around $30 million from the fight, while Paul is thought to have taken home around $20 million. Some sources say that CBS had 2 million pay-per-view buys, whilst others say that it was actually closer to 4 million.

There have been many rumors though that Logan Paul is still owed money from the fight. The YouTube star came out on social media stating that Floyd Mayweather owed him money. He said that the two had agreed to split the earnings 60-40, with Mayweather getting the larger share.

However, when Paul saw the pay-per-view numbers, he realized that he had only received a fraction of what he was owed. As a result, he has called on Mayweather to pay up. It remains to be seen whether Floyd will agree to do so.

As you can see in this video, Logan Paul says that he’s going to sue Mayweather as he hasn’t received the right amount of money. Apparently, he’s not the only person suing the undefeated boxing champion.

Mayweather supposedly owns the promotion arm of his fights and buys up all the best seats to then sell them on at a higher price. Floyd Mayweather’s response is that he hasn’t received all the pay-per-view money yet and that’s why Logan Paul hasn’t been paid. You can see what he said word for word in this video below.

However, many don’t believe the line that Mayweather is threading as there have been many reports that one of the greatest boxers of all time is actually broke. This would explain why he’s doing these exhibition fights with Logan Paul and another one rumored with Manny Pacquiao.

This saga definitely isn’t over and we’ll keep you up to date with what happens with the rest of the Floyd Mayweather and Logan Paul money. 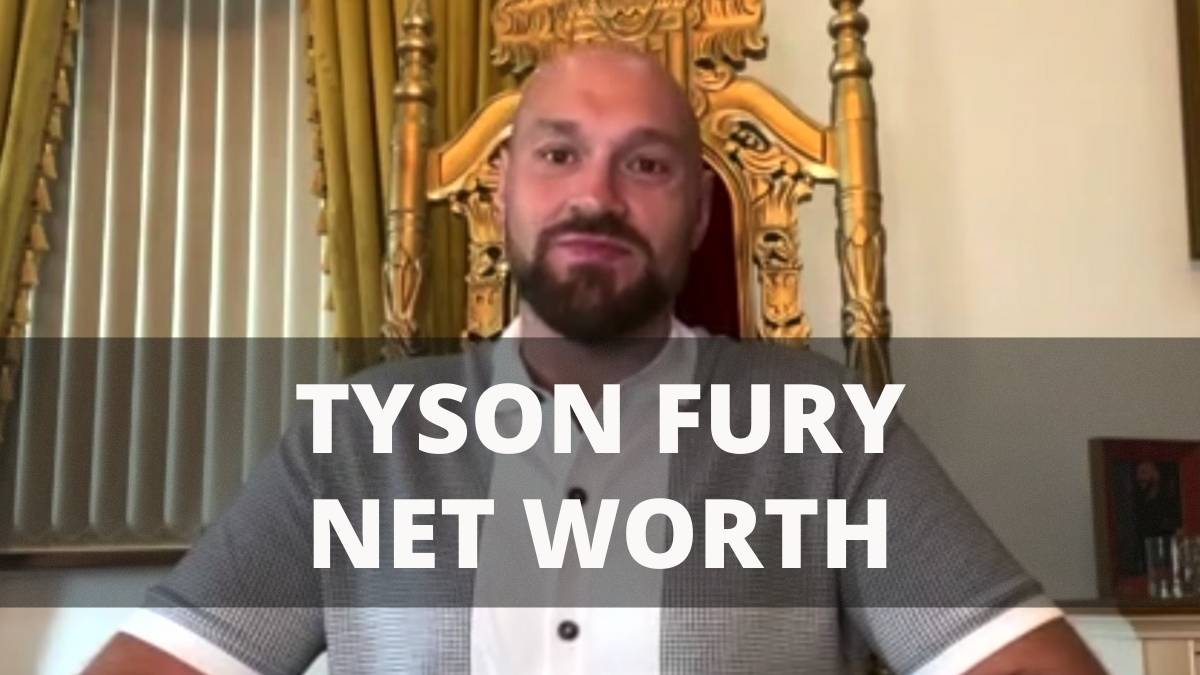 Tyson Fury is one of the most famous professional boxers of this recent generation. He might look older, but he was born on 12th August 1988, making him 33 years old.

Fury is a heavyweight boxer and is one of the tallest at a whopping 2.06m in height. He married his now wife Paris Fury in 2008 and together they have 6 children. He is named after Mike Tyson, who is his role model and he has gone on to emulate his success. He is also known as ‘The Gypsy King’ and his lifestyle has changed from his years as a kid as now he owns mansions and villas.

Tyson Fury’s net worth keeps growing and is estimated to be over $70 million.

A two-time world heavyweight champion, Fury holds many titles such as world’s best active heavyweight awarded by ESPN. His career statistics are extremely impressive. Fury fought a total of 33 fights and won 32 of which 23 were total knockouts. He has only 1 drawn match and so has never lost like the heavyweight legend Rocky Marciano (49-0).

Fury was born into an Irish traveler family. This way he was able to represent both England and Ireland at the start of his boxing career. Fury became a professional fighter when he turned 20. This was after he won the title of ABA super-heavyweight champion in 2008.

He defeated Derek Chisora 14-0 to become the British and Commonwealth champion in 2011. He met Chisora once more in 2014 and defeated him again. After his win against Chisora, Fury fought against the then reigning world champion Wladimir Klitschko. Fury won by an unanimous decision.

He recently fought Dillian Whyte to defend his WBC heavyweight belt and has now announced that he will retire. But, we’ll have to wait and see if this is the case. The fight was held at Wembley Stadium and drew a crowd of 94 000. He won the fight and was crowned best heavyweight fighter in the world.

Starting his professional boxing career in 2008, his fight record of 32-0-1 has elevated him to top earner in his field. Other title held is the World Boxing Council World heavy title.

A short while after the Klitschko fight he was stripped of his title. At the time Fury had gained an enormous amount of weight and was struggling with mental health issues, alcoholism, and drug abuse. Furthermore, he was charged with anti-doping violations. However, in 2018, he challenged Wilder for the WBC heavyweight title, the fight was controversial and ended in a draw.

Fury is worth $65 million and is one of the highest-paid boxers in the industry. It is reported that in 2020 he earned $57 million. $50 million came from prize fights, and he earned the other $7 million from various endorsements.

Fury has various streams of income. One noticeable stream comes from the royalties of his book, titled “Behind the Mask: My Autobiography”. Other endorsements or sponsors are Lund Group and MTK Global.

Fury had a great connection with WWE, where he received a multi-million dollar deal for an appearance. He also has a brand of energy drinks called, Furocity Energy.

In 2019, Fury signed a $100 million agreement with ESPN. This was meant to cover his next five fights at the time. All his business ventures and endorsements have added a lot of value to his career and life.